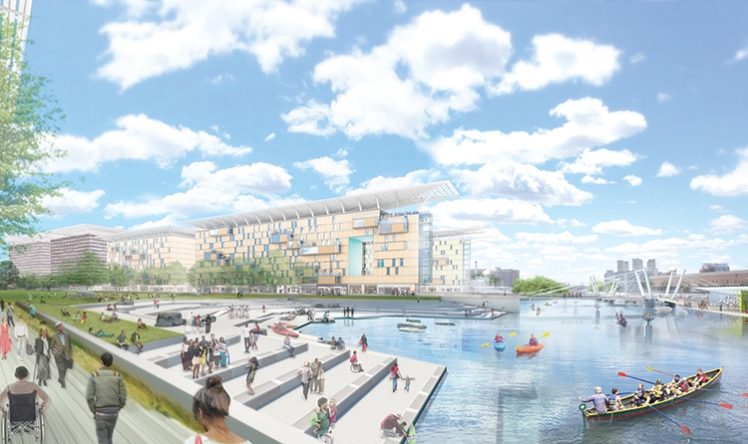 All this talk of sea-level rise and 100-year floods…. If you’re a Bostonian, you can talk in terms of 30-day floods.

That’s the interval between astronomical high tides—the so-called wicked high tides (no one bothers with quotation marks around “wicked” anymore) that regularly flood parts of the city. Locals have been industriously filling in tidelands and marshes for a few centuries now, increasing the city’s land area by more than half. But in just the past century, sea level has risen by almost a foot, with a projected additional five- to six-foot increase by 2100 that will flood most of that filled land, leaving dry zones that almost match the footprint of the original 17th-century Boston.

Bostonians have got the message: The sea is calling, and it wants its stuff back.